After consulting,trouble code P0113 is caused by condition of intake air temperature lower than -60℃ and it keeps over 4s.

Technicians asked the customer to drive his Chevrolet Cruze back and for several days driving test.But 2 days later,the customer drove it back and the check engine light on again.This technicians found the trouble code P0101–Mass Air Flow Sensor Performance Trouble.It caused by the air mass flow go beyond the limit over 1s.Check the frozen frame data,it showed the air flow was 0g/s when the trobule occuring.It may caused by open circuit.Then technicians checked the current data,but it was normal.

Shake the engine wire harness and ECU connector,and data showed normally.Because the connector of air flow meter had been dealed,so technician detemined it work normally.Technicians dealed with the ECU with the anti-anti-oxidation grease treatment and repalced a new air flow meterl.So even it can not solve this trouble thoroughly,but it would narrow the scope of the trouble causes. 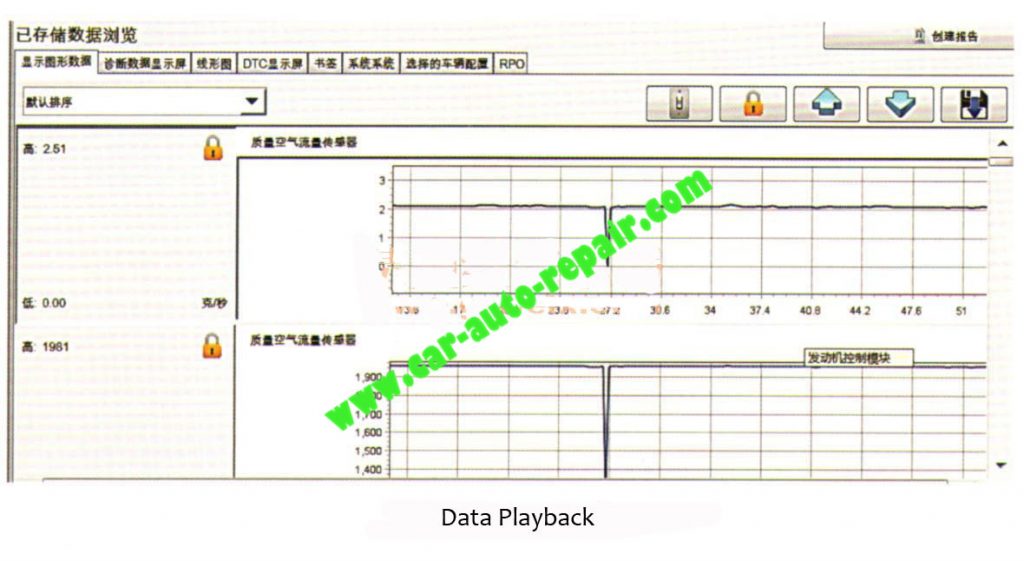 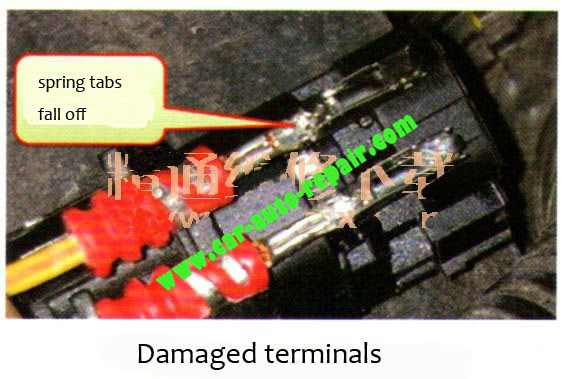 Check the circuit diagram as below,the damaged terminal are the intake air temperature sensor signal line and air flow meter signal line.The probability of the two terminals was damaged was very low.And this coincidence result in the trouble difficuly to solve and occur again and again with diffenent trouble code.Because the damaged terminals are very small,it is difficult to fix,so it must to repalce new wire harness. 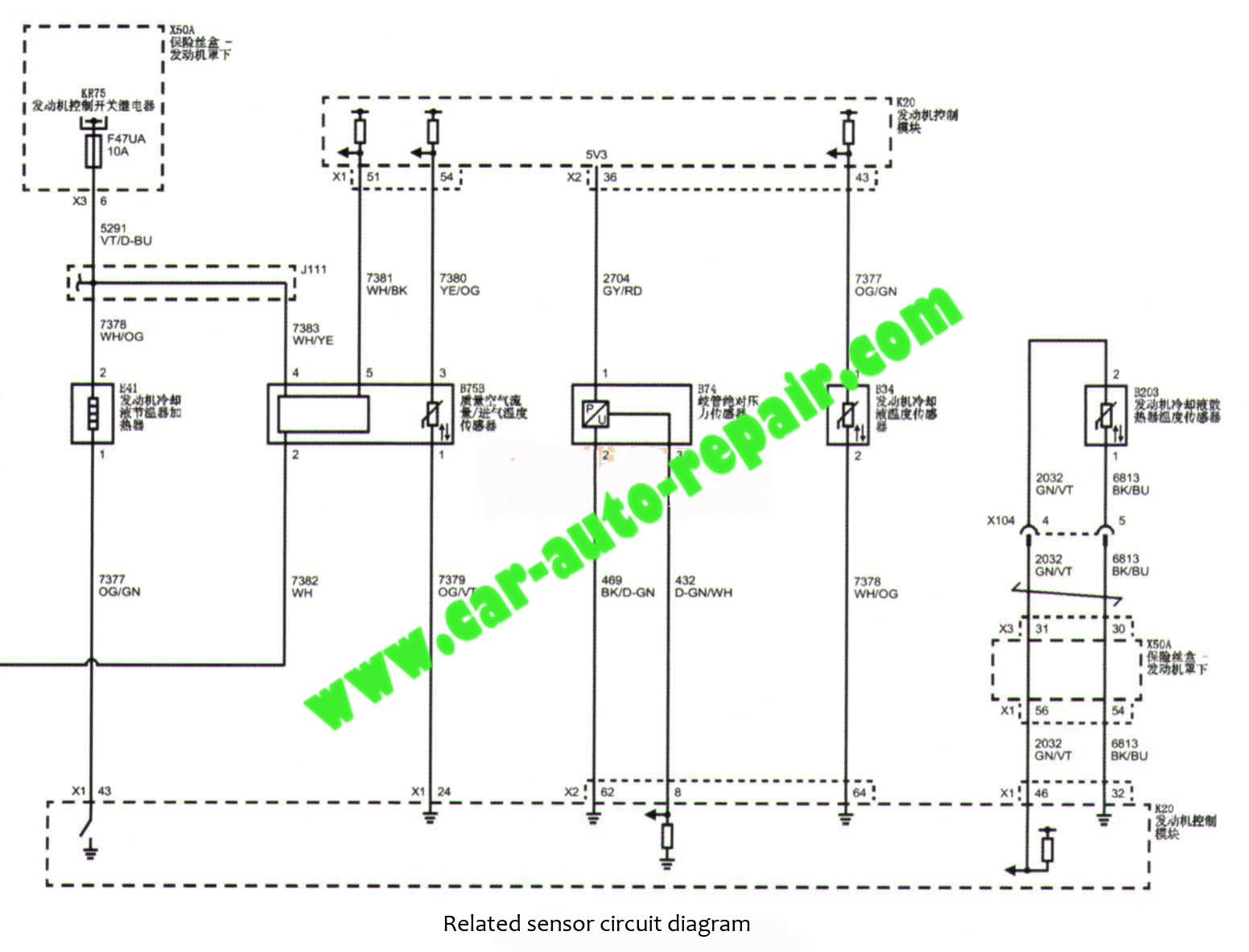