The serpentine belt in your car powers the accessories such as air conditioning,power steering, the alternator,fan,and water pump. There are three types of serpentine belt wear,pilling,glazing,and abrasion. Pulley wear will cause your pulley to squeak, a worn out pulley bearing or a worn spring in the tension pulley can also cause squeaking. Here we’ll show you how to use water to identify what type of squeak problem you have and how to fix the squeaky belt problem.

There are four common causes for belt noise:

Belt is old itself belts last anywhere from five years, 50,000 miles to over ten years 100,000 miles, it really depends. But around five years 50,000 miles you might start having enough belt wear to cause some squeaking.

Squeaking is your bearing in the pulley. You have a bunch of pulley in your car, you have power steering, air conditioning , idler pulleys, tensioner pulleys ,alternator pulleys etc. All these pulleys have bearing in them and eventually bearing go bad. Typically it’s either an idler pulley bearing or it’s a tensioner pulley bearing that goes bad, but you can have other pulleys that go bad such as the alternator or power steering .

If you have a bearing issue,the thing you need to do is listen in the engine compartment , for where you think the noise is coming from in this situation. If it sounded like from somewhere, grab the pulley and shake the pulley back and forth and that pulleys should be solid. It shouldn’t move. Some pulleys might have a little play. usually a bad bearing will cause the pulley to wobble a lot.

The other common cause of belt squeak is the belt tension. The tensioner on a belt is usually automatic tensioner, it’s just a spring-loaded pulley. And this pulley puts just the right amount of pressure on the belt. So if your belt is worn out the pulley might not be able to give you enough pressure on the belt , it slips and that causes a squeak. Usually when that’s the case if you turn your air conditioner on or if you’re making a turn and your power steering pump goes on, that’s when you’ll hear the squeak.Another symptom of a bad belt tensioner or not having enough or too much tension on the belt. Is that in the morning when it’s humid out or when your belt is a little wet from do you start it up? And it makes a loud squealing noise and that loud squealing noise goes away. Or if you use the water method and spead the belt with water and it squeals that usually means there’s a problem with the belt. So it could be an old belt that’s stretched out or your belt tensioner spring is worn out new belt tensioner .

Here we’ll show you how to diagnose the squeak. The first thing you want to do is get a spray bottle with just plain water in it and spray it on the RHIB side of the belt find the easiest pulley to spray. 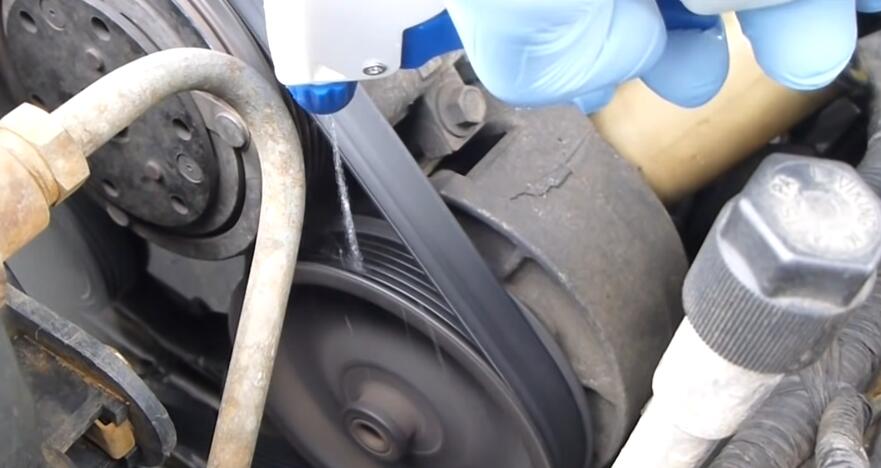 In our case, the belt got quiet with water, so we have either a bad belt or a pulley misalignment. 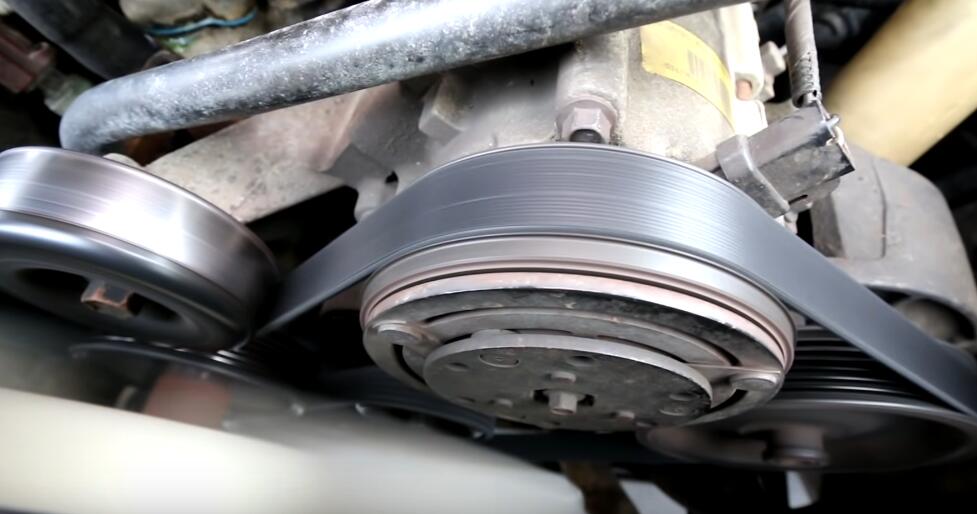 After checking, we found the belt of alternator pulley is definitely wobbling back and forth. That little wobble is enough to make a squeak. Remember the belt is under pressure and it’s spinning pretty quick. So that  could be where we have out squeak problem and you could kind of hear that the belt is starting to squeak. We are going to do is get some water and just make sure that the squeak goes away. 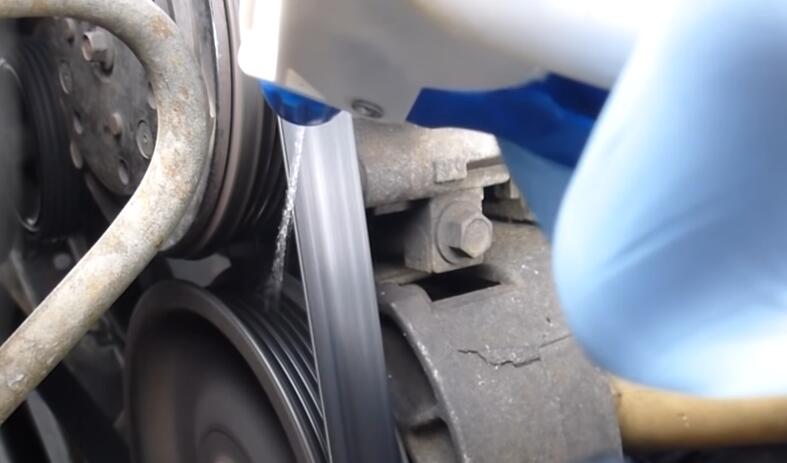 The belt on our truck is brand new, we tested the belt with the water and the noise went away.

We did see the belt move side to side on the alternator pulley just a little bit. So all of those things lead me to think that this is a pulley misalignment issue.

The belt that we’re using is a daco belt and they are notorious for squeaking with a very slight pulley misalignment. Pulley misalignment is literally just when the pulleys are not completely straight. But it doesn’t hurt your car or anything, but it will cause that annoying squeak.

Solution for that is to use a different belt. We are going to replace it with one of these Gator back belts. 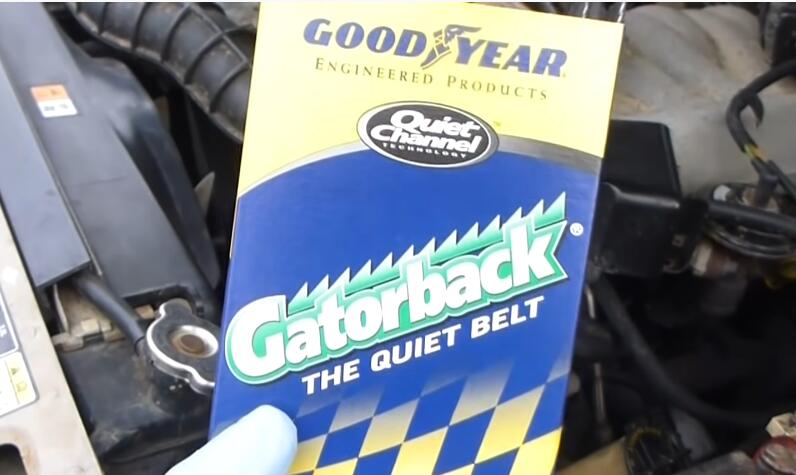 We highly recommend these belts if you’re having a pulley misalignment type of squeak. 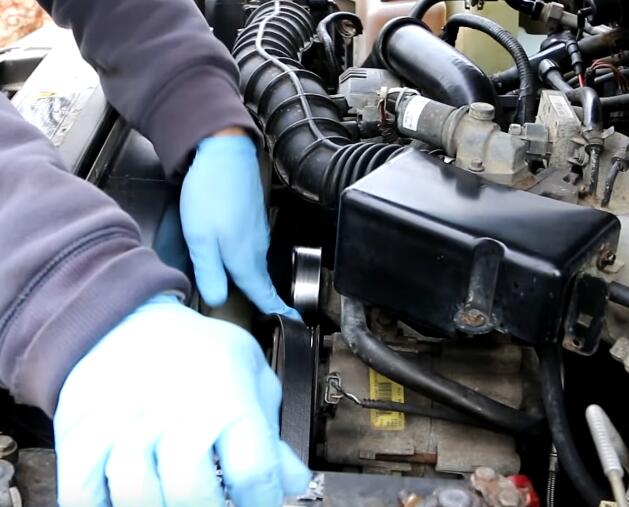 Then start it up and find no more noise.