Differential & Transfer oil changing is important and essential maintenance service for your car.But usually,both of them are one of the most-overlooked tasks,because the differential and transfer are at the rear or under the car.However, if lubrication in the differential or transfer fails,so in this article i will share the guide on How to Change Diffs And Transfer Case Fluid/Oil for BMW X1 xDrive.

Tools what you need ? 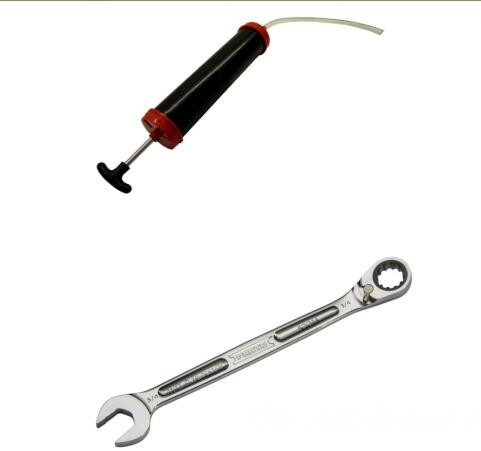 *Lift: I used my friend’s lift. It can be possible to do this at home, if the car is jacked up

enough and kept perfectly level. Reasons why I chose the lift was to make sure that the

the same time when filling up and unobstructed access with safety. 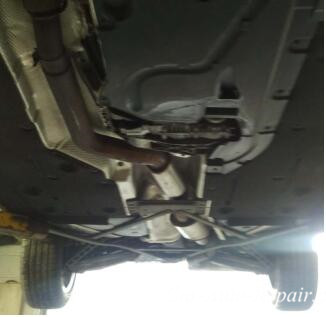 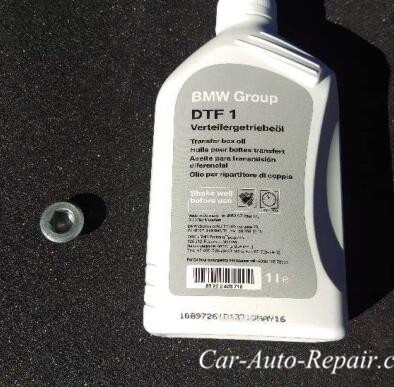 Replaced two drain plugs on the Transfer Case, reused the ones on front and rear diff, as they were in really good condition.

Started with the front differential–removed the bottom plate to get to the differential. 6

bolts–16mm. Picture of plate below: 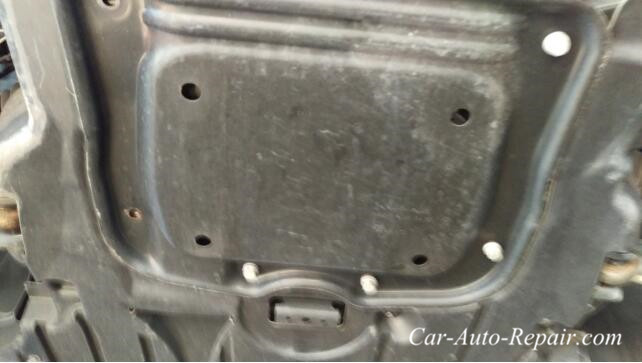 Front diff and drain plug visible as in this picture: 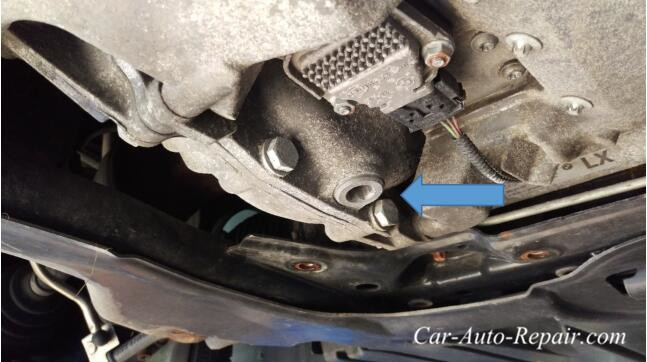 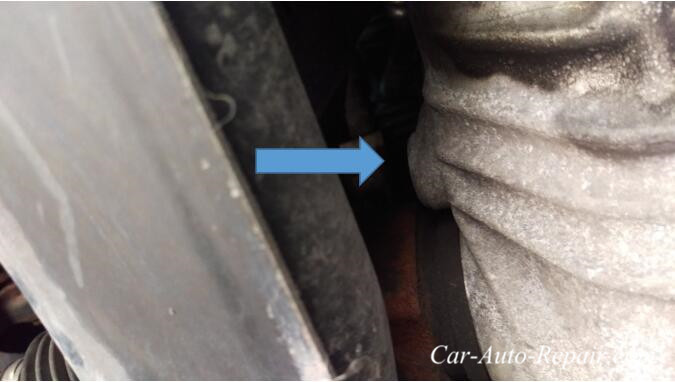 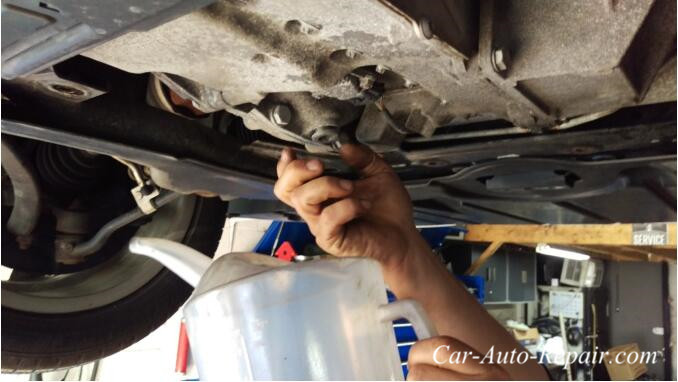 Once removed, the oil drains out as in picture below: 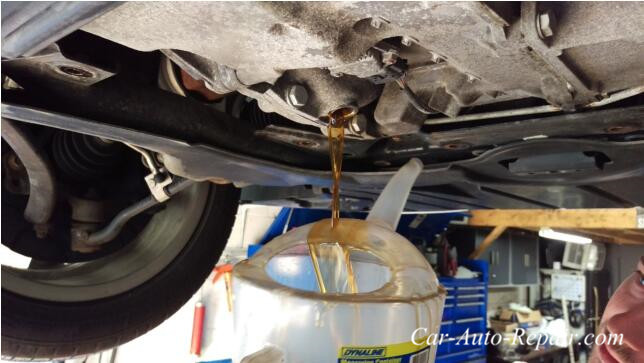 We measured it using the marked jug container seen in the picture. The amount of oil that

Color was darker than the fresh fluid, about 40% darker.

With drain plug closed, we filled in the Redline 75w90 using a syringe pump until the oil started

coming out of the diff in a steady flow. Once the flow stopped, and the dripping became drop

after drop, we closed off the fill plug. 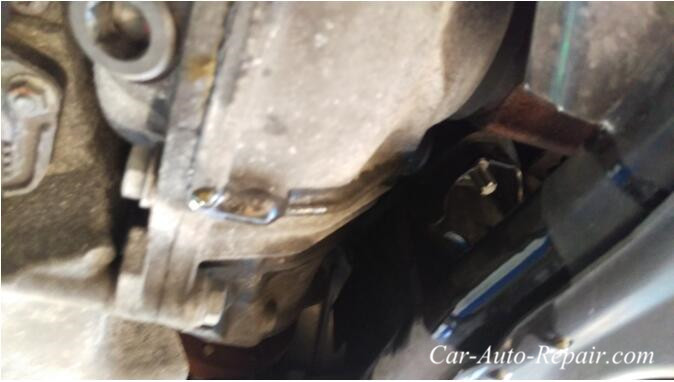 Torque values for 11AZ Drain and Fill Plugs is 60NM. 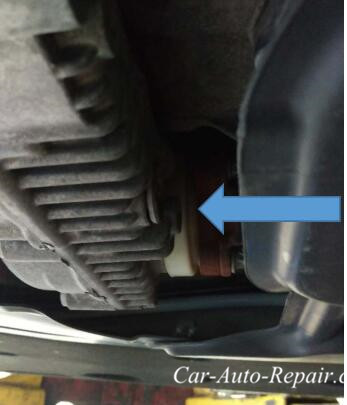 Allow the fluid to drain completely. Once drained, reinstall the drain plug and tighten it.

instructions, however, we kind of loosened the brace without removing it to access the fill hole.

blocking it. Quite cramped up there even with a loose brace. We were able to get to the fill plug

(Green Arrow). Sorry, didn’t get a good picture of it as I had oil all over my hands. I’m using the

picture from Pelican Parts to show the specific locations. 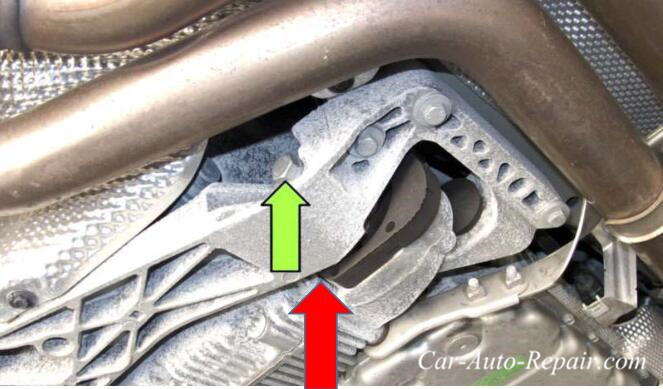 We filled the fluid until it was coming out in a very thin stream for a few seconds. This stuff

from BMW is extremely expensive for a quart, so be careful and fill slowly. We reversed the

steps as above and torqued it to 60NM again, this time using the 14mm bit, ratcheting wrench

connected to the torque wrench. It’s a little bit unorthodox but beats removing a bunch of

parts. If I have to do it again, I would drop the brace and the heatshields etc.

Picture of the quality of oil that came out below. It was dark coffee colored and looked like 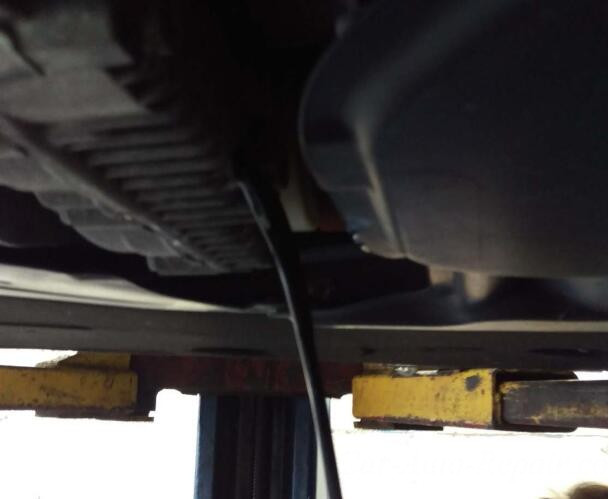 The rear differential only has one plug–for both fill and drain. You need to use a pump to get

the fluid out and in. Plug location is below, facing away from the rear of the vehicle: 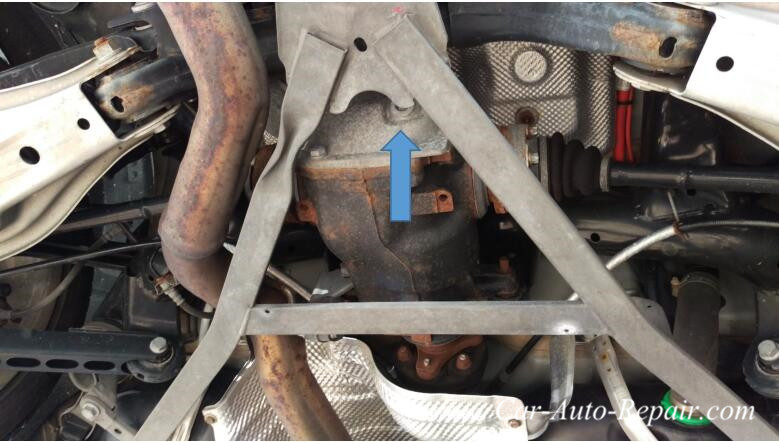 Better shot of the fill/drain plug: 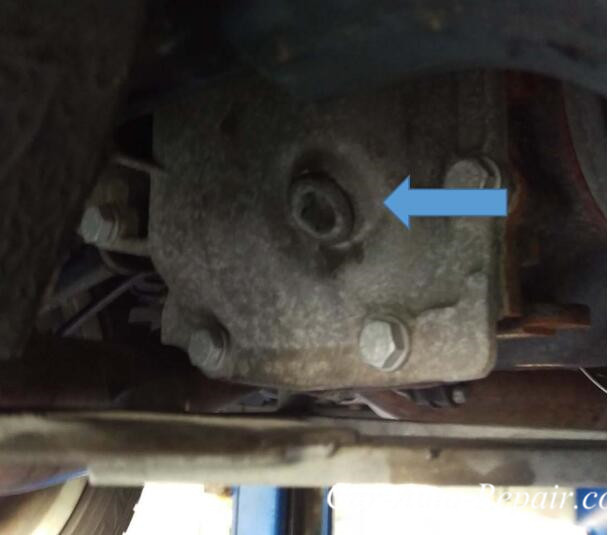 We used the pump to pull as much as we can, and when we were done, we had about 700 ml 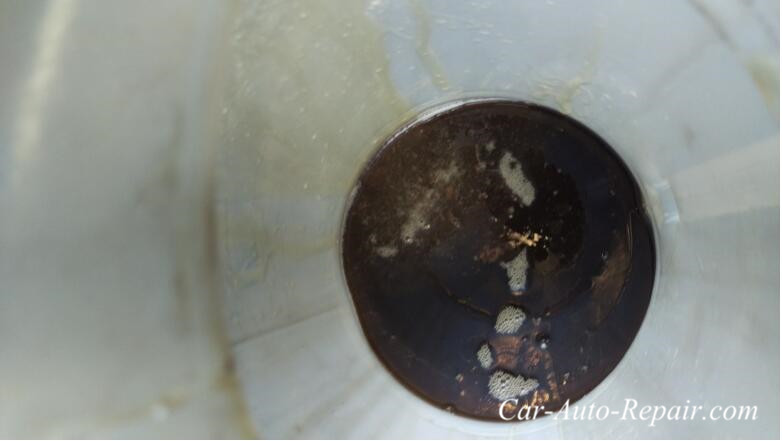 No metal particles found either.

We then filled the rear diff using the pump: 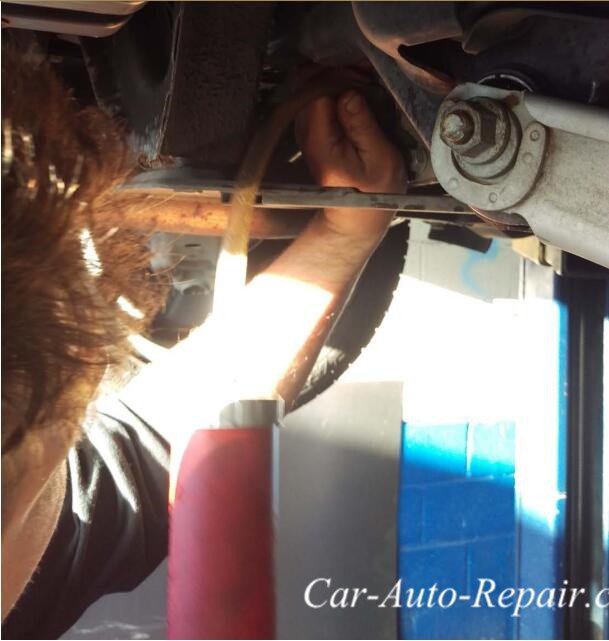 The fill took the entire 946 ml (1 Quart). Reinstalled the plug and torqued it to 60NM.