Here we’ll give a brief breakdown on how a Bosch EDC15P+ ecu works. The example below is taken from an early 2004 Skoda Fabia vRS fitted with the ASZ 1.9 TDI PD130.

Their are many more maps within this ecu but below gives you an idea on how this particular ecu works and also whats needed to extract the Hidden-Power.

This map determines how much injection quantity (IQ) in mg per stroke is requested for a given RPM based on the throttle position.

Example, 70mg of fuel is injected at wide open throttle (WOT) between 0-2499rpm. 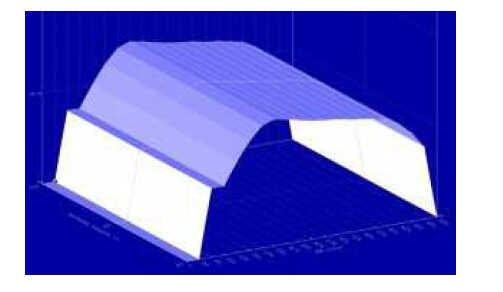 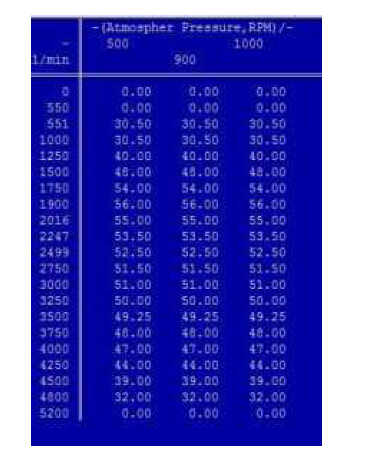 This map limits injection quantity (IQ) in mg per stoke against RPM and atmosphere pressure. Example, 51mg of fuel is the maximum that can be injected at 3000rpm.

There are two smoke limiters in the Bosch EDC15P+ ecu. One is based on airflow through the MAF sensor. The second is based on boost pressure through the MAP sensor. Only one of these maps are ever used at one time. There are switches elsewhere in the file that tells the ecu which smoke map to use. 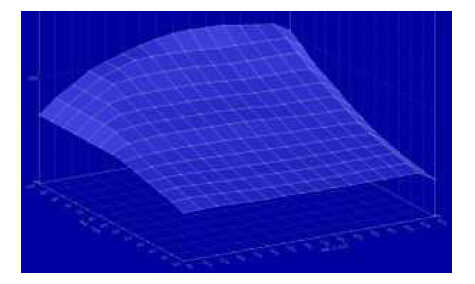 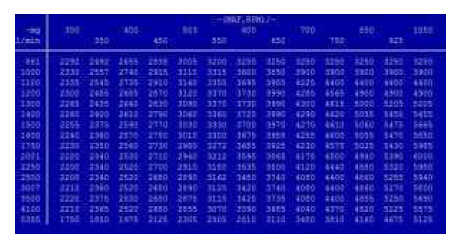 This map limited injection quantity in mg per stoke against RPM and airflow through the MAF sensor.

The three maps above all relate to how much fuel is to be injected at a given RPM. All three have different values, so which one takes effect?

The duration maps are calibration maps that tell the ecu how long the injectors have to stay open to meet a given injection quantity. The duration is measured in degrees of crank rotation.

Example. To inject 25mg of fuel at 3800rpm, the injector needs to stay open for 10.73 degrees of engine rotation.

In the Skoda Fabia vRS, there are six duration maps. The ecu selects each one of these maps based on the start of injection. 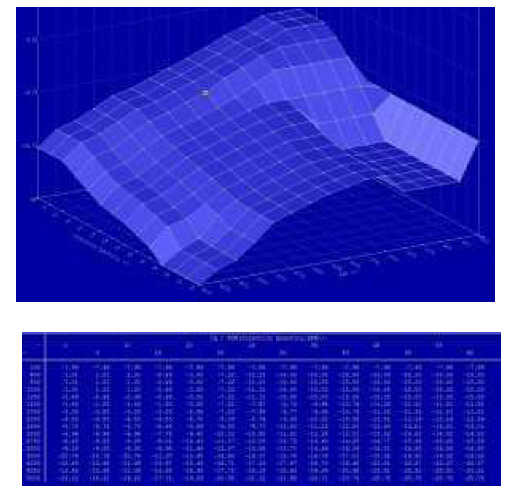 In the Skoda Fabia vRS, there are 10 start of injection maps. The ecu selects each one of these maps based on coolant tempurature. 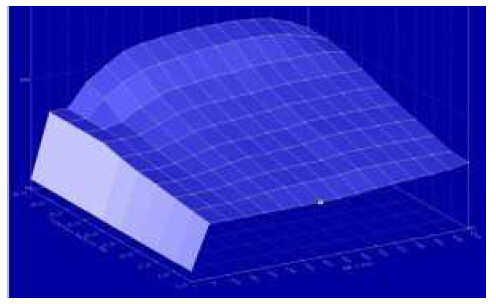 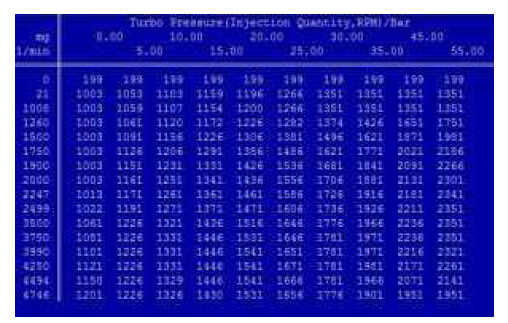 Example. When 50mg is requested at 2499rpm. 1.35 bar of boost is requested. The values in the map include atmosphere pressure.

This map controls the N75 valve. The N75 is used to control the actuator on the turbo which in turn controls the VNT part of the turbo.

At low RPM the VNT vanes are in a closed position to help speed up the turbo. As engine speed increases, the VNT vanes open up to prevent over boost.