The maximum allowable speed of Doosan forklifts is an optional feature that can be easily activated using the MotoView service tool. This feature is very useful to customers with indoor warehouse operations.

Here’s how you can activate the speed-limiting feature.

HOW TO INSTALL SPEED LIMIT OPTION

1.Assemble the pressure switch assy onto the main pressure port of transmission using elbow and o-ring like 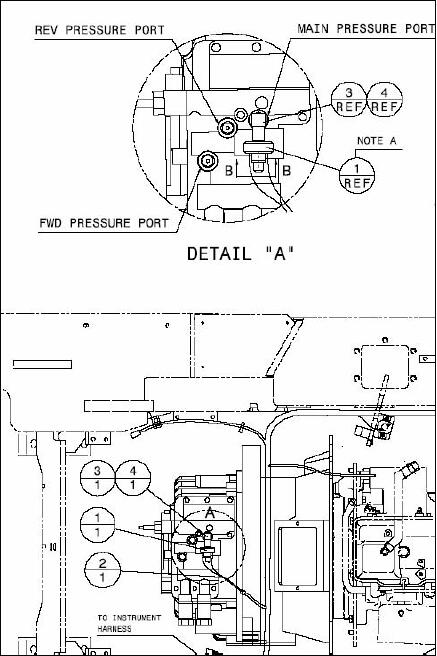 2.Assemble the harness assy between the pressure switch and engine wiring harness. 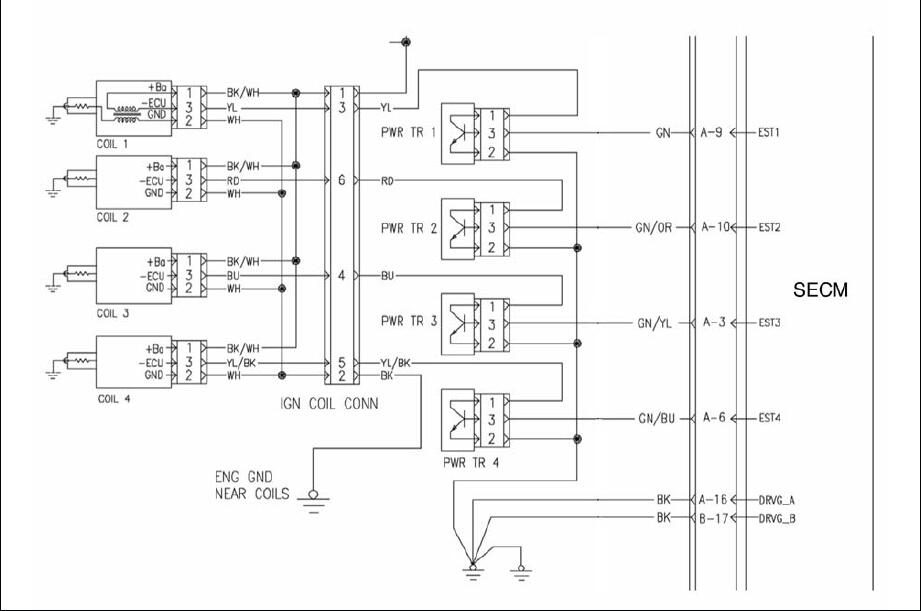 How To Set New Speed Limit

Once speed control option is assembled, the default engine maximum speed is as followed 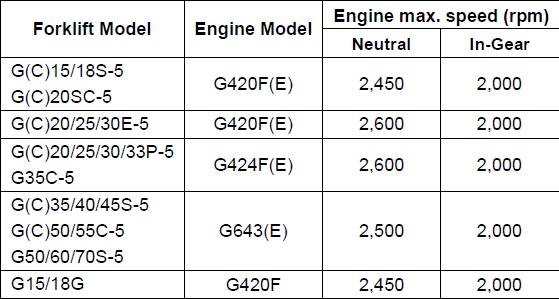 Neutral: The inching pedal is pressed by a driver.

In-Gear: The inching pedal is NOT pressed by a driver. 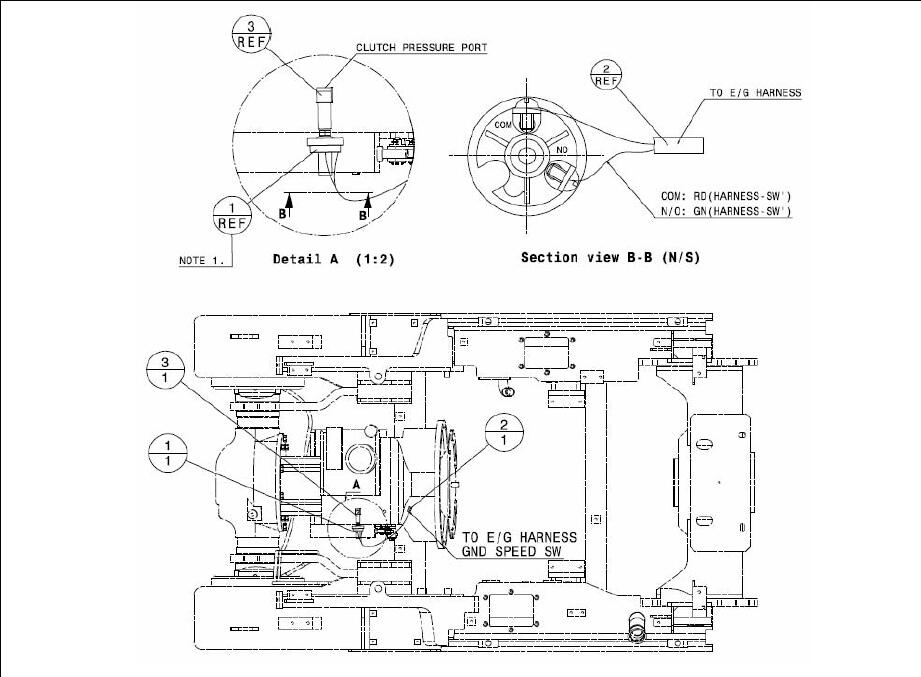 How to Set New Speed Limit

Maximum RPM for both the NEUTRAL state (Normal) and IN-GEAR state (Speed Limiting) are configurable using the MotoView Service Tool. 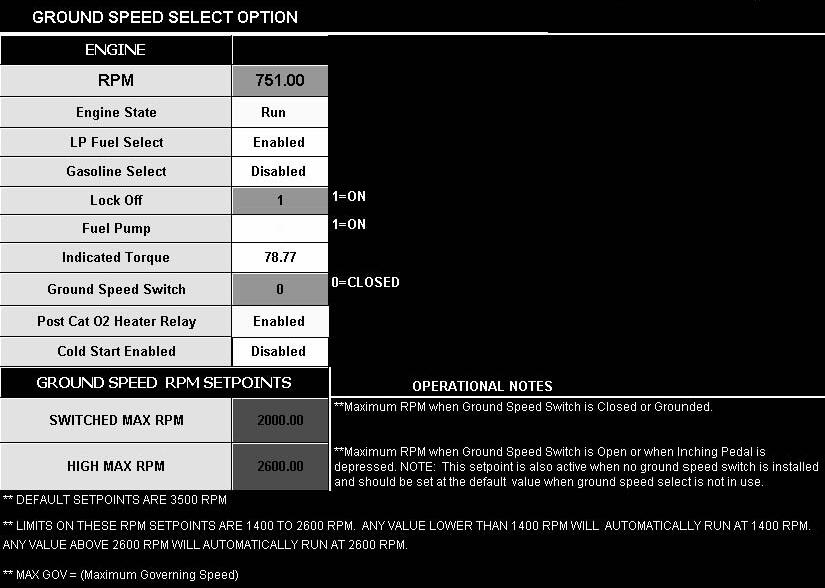 It shows the Speed Limit screen of the MotoView service tool. The green boxes are configurable for both the NEUTRAL MAX RPM Setpoint and the IN-GEAR MAX RPM Setpoint. The pressure switch state is displayed at the bottom of the screen and labeled NEUTRAL SWITCH STATE.

With pushing of inching pedal, the maximum RPM for normal speed governing (Neutral State) is set at 2600.

With release of inching pedal, the maximum RPM for limited speed governing (In-Gear State) is set at 2000.

Software limits of both Neutral and In-Gear are displayed on the right side of the Speed Limit screen. Values that are entered in the configurable “green boxes” cannot exceed the upper limit value or fall below the lower limit value. 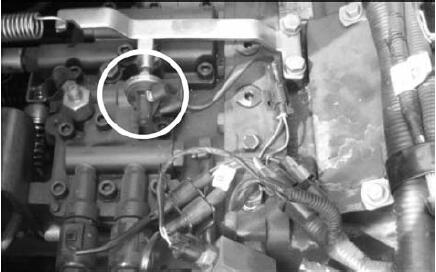 Ground Speed Limit Switch is located in the pressure port on transmission (T/M) for operating by the transmission (T/M) oil pressure change. This switch is normally opened, and then it is closed as the T/M oil pressure increases. Actually the switch is closed by increasing of the T/M oil pressure after engine cranking. And if the inching pedal is pushed by a driver the switch is opened again by decreasing of the T/M oil pressure. ECM can control the travel speed of the folk lift trucks with this switch. Also the maximum travel speed of Tier-3 and Non cert fork lift trucks is an optional feature that can be easily activated using the MotoView Service Tool. This feature may be of particular interest to customers with indoor warehouse operations. 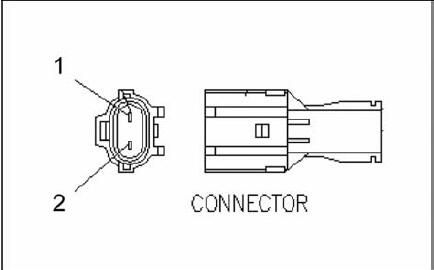 1.Remove the Ground Speed Limit Switch from the transmission.

2.Use an ohmmeter to check the continuity between the 1 terminal and the 2 terminal. If there is continuity, replace the Ground Speed Switch.

3.The Ground Speed Limit Switch is the ‘ON/OFF’ switch. So during the normal status the switch circuit should be open. 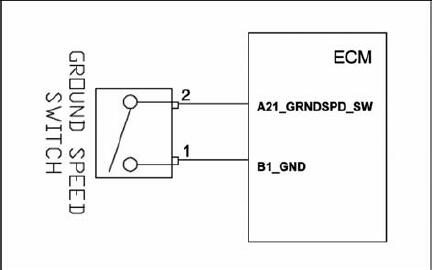