VAG (Volkswagen, Audi, Seat, and Skoda) has fast become the most important lock to defeat for many!If you want to do key add or all key lost programming for VAG,it necessary to understand it.

Unlike other locks, VAG has 3 very different generations of the HU66 lock, using 2 very different 2in1 pick decoders. It also has 3 differing 2015 plus VAG Locks that use the HU162 keyway – which requires another 3 distinct picks to defeat it.

That said, in this guide we will cover techniques to help you identify the correct lock version and select the correct tool for the job – as well as best practices for using the different tools.

Here is a picture of all 6 keyways – this will help you identify the difference be­tween the new gen 3 lock and the other locks, visually. 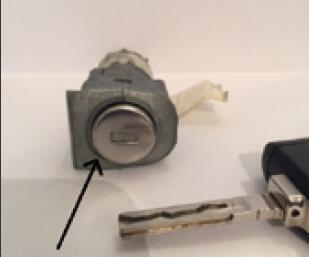 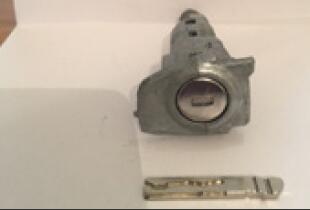 Horizontal keyway with the same profile as the 8 cut but with 3 side cut wafers – 2 cuts on 1 profile and 1 cut on the opposite profile.

VAG 10 CUT WITH 4 SIDE CUTS This lock version has 4 side cuts, 2 on the top profile and 2 on the bottom.

NOTE: there is no lock body lip like with the 9 cut. The facecap overhangs from the lock body by 1.25mm – so more profound than the 8 cut, and it also has a horizontal keyway.

This makes it instantly identifiable visually – it is the only one of the VAG HU66 locks that can be simply identified by appearance.

As we can easily identify the generation 3 lock visually, we only need to understand how to ID the difference between the gen 1 and 2 lock.

To do this we must:

a) Fully insert the 2in1 pick into the lock

b) Move the lifter to position 1 and find the spring

c) Assuming the spring wafer is felt on the bottom grid

d) Move the indicator to position 2

So, the gen 3 lock can be identified visually,but to tell the difference between the gen 1 and gen 2 lock you must feel using the tool.

This is an almost instant confirmation of which lock we have in front of us.

Why do we manufacture a single lifter and a twin lifter HU66 2in1 pick and decoder?

1) Single lifter tool: this is the best tool for generation 1 and 2 locks. It will pick the gen 3 lock but on many will struggle to decode it

2) Twin lifter tool: this tool was designed for gen 3 locks to ensure an accurate decode of the lock, it will also pick and decode all gen 1 and 2 locks

The need for the new tool was a design alteration in the wafer in late 2010. The manufacturers decided to introduce cuts,grooves or ridges to the inside top and inside bottom of the wafers, so as the single lifter relied on the top inside and bottom inside of the wafer for its decode reading, this hampered the decode function for the single lifter tool on gen 3 VAG locks as shown in pictures below: 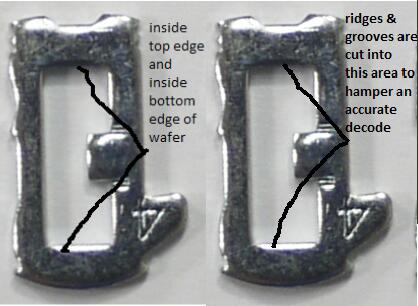 To defeat the decode interference change made by the manufacturer, Lishi simply changed the tool design, so all picking and decoding is carried out using the key snib on the centre of the wafer as shown below: 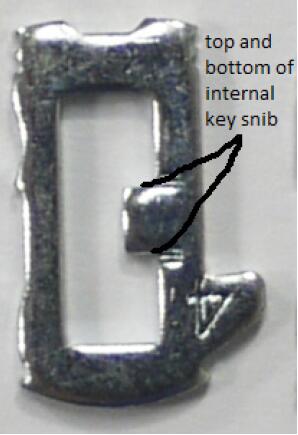 This produced an instant fix and continued defeat for the VAG lock into gen 3 and beyond.

NOTE: There is a huge difference when using the twin lifter or single lifter tool:

This is an important point to remember.