This instruction show how to program a new PATS key for Ford vehicle.Note,you need try this procedures at your own risk.Car-auto-repair.com is not responsible for damage caused by the use of these procedures. These procedures may not work for all mentioned vehicles.If you are unable to perform the manual PATS procedures use the Ford Module Programmer application. 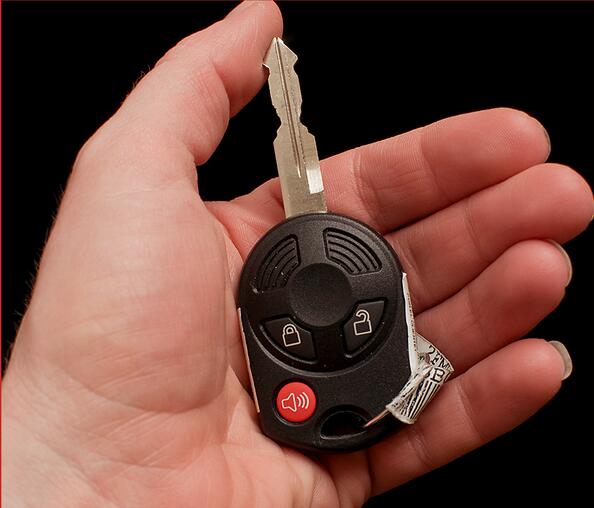 PATS is an acronym that stands for Passive Anti-Theft System (Ford also calls this SecuriLock). It is also called a transponder key. It is a security feature found on most (if not all) new Ford products, and what it does is disable your vehicle’s starter unless your specially programmed key is used to start the vehicle. There is a computer chip inside of the key, and without that you will NOT be able to start the vehicle — even if you have a regular (non-PATS) key with the correct cuts, it will not work.

For convenience, Included is a list of other vehicles that these instructions apply:

NOTE: These instructions may apply to more or less vehicles than those listed above. Ease cannot confirm that these procedures work for every year and model listed.

If you want to initiate a new master key….

1.Insert new key into ignition cylinder and turn it to the ON (RUN) position. The security light on the dash will flash for fifteen minutes.

2.When the security light stops flashing, you have FIVE minutes to start the next step. Turn the ignition cylinder OFF and then back to the ON (RUN) position. The security light on the dash will flash for fifteen more minutes.

3.When the security light stops flashing, you have FIVE minutes to start the next step. Turn the ignition cylinder to OFF and then back ON (RUN) position. The dash will flash for fifteen more minutes.

1.Insert an existing key into the ignition cylinder.

2.Turn the ignition cylinder to ON (RUN) and back to OFF.

3.Remove the existing key and, within 15 seconds, insert the new key and turn it to ON (RUN).

4.The security light will light up for two seconds to indicate success in programming the key into the vehicle.

5.Don’t attempt to start the vehicle with any key for at least 1 minute.

If you want to initiate a new master key….

1.In order to initiate a new master key, this will require the use of the Ford Module Programming Application. There are two ten minute delays involved while this device erases all existing key programming and sets up the vehicle computer to accept new key codes. Two new keys should be ready because the system requires a minimum of two keys in the program. After the first two keys are programmed, additional keys can be entered individually by following the instructions for adding duplicate keys (below).

**You must have two original keys to perform this procedure.

1.Insert an existing (working) key into the ignition cylinder.

2.Turn the ignition cylinder ON (RUN) and back to OFF. Ignition should stay on for at least ONE SECOND.

3.Remove the existing key and, within TEN seconds, insert a second working key and turn it to ON (RUN) and the back OFF. Ignition must be in ON for at least ONE second, but no more than TEN seconds. Remove the key.

4Insert the new key before TWENTY seconds have elapsed and turn it to ON (RUN). Leave it the ON position for at least ONE second and turn back to OFF.

5.The security light will light up for THREE seconds to indicate that the new key has been successfully programmed.

As a precautionary measure for all of the above procedures, you should wait at least one minute after you have performed this until you start your vehicle.